THE STORY BEHIND HARD ART DC


HARD ART DC 1979 is a book and traveling exhibition of photographs by Lucian Perkins with writing by Alec MacKaye and a contribution by Henry Rollins. The exhibition is curated and edited by photographer and photo editor Lely Constantinople and Jayme McLellan, director of Civilian Art Projects, Washington, DC., with photographs being shown as a group for the first time.


In 1979, a soon to erupt punk scene took hold in Washington, DC with the Bad Brains, Trenchmouth, Teen Idles, the Untouchables, and the Slickee Boys, among others, at the forefront. Lucian Perkins, later a Pulitzer Prize winning photojournalist for the Washington Post, was then a 26-year-old intern who photographed several shows over a pivotal five-month period. Alec MacKaye, then 14, was at most of the shows and appears in Perkins' photographs.

Years later, in 1995, Lely Constantinople was hired by Perkins to manage his extensive photographic collection spanning a twenty-five year career with the Post. While looking through negatives in his basement, she found the punk images and recognized MacKaye, her then boyfriend (now husband). She asked to make contact sheets to show him, thinking he might recognize himself and others, and was surprised by how excited MacKaye was to see the images. â€œThose pictures were the holy grail! Not that many people brought cameras to shows then so I always wondered who he was and what happened to the pictures he took. He was at some of the best shows.â€ 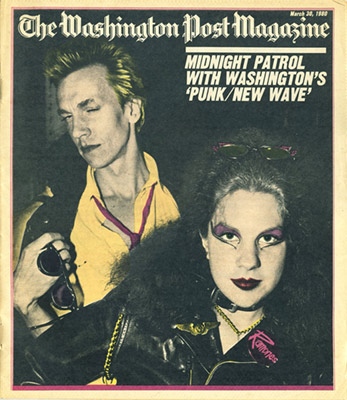 MacKaye's text offers an intimate exploration of the moment from two perspectives: that of a fourteen-year-old experiencing music on his own terms for the first time, and a look again at a movement that fueled an underground generation musically and philosophically. His examination is not a nostalgic review of glory days gone, as much as a present conversation about the continuation of a way of thinking that still endures.


HARD ART, DC 1979 is an intimate snapshot of "the time before the time" that punk rock found firm footing in the U.S. These images capture the cathartic, infectious energy present in any group of people who seek to change their communities through music and art.

HARD ART DC 1979 is a book and traveling exhibition of photographs by Lucian Perkins with writing by Alec MacKaye and a contribution by Henry Rollins.